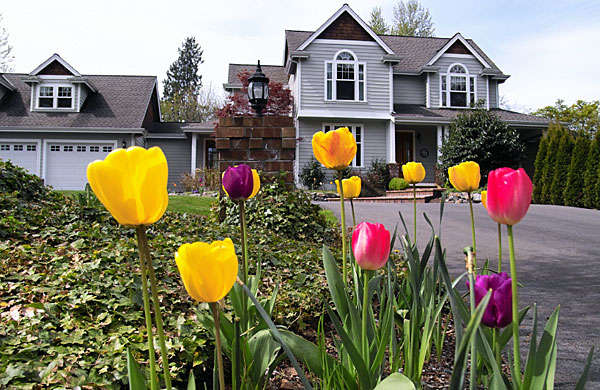 “After weak conditions of late last year, mortgage applications have picked up notably in 2019 with more consumers evidently searching for a home compared to one year ago. ... The slump is over. Better times are ahead for homebuyers.” - Lawrence Yun, chief economist at the National Association of Realtors.

As investors gear up for what’s typically the hottest season of the year for real estate, economists are offering optimistic outlooks for the housing market this spring.

There is an array of reasons for investors and other real estate professionals to be hopeful when April rolls around, said Lawrence Yun, chief economist at the National Association of Realtors.

For one, consumers are expressing more optimism about buying a home in 2019, according to NAR consumer sentiment surveys. That may be in part thanks to wage growth, which Yun said is up 3.4 percent year-over-year on average, the highest rate increase in 10 years.

In addition, NAR SentriLock data indicate that the number of openings of lock boxes for showings is “measurably higher” in the first two months in 2019 compared to the second half of 2018.

“Mortgage rates declined decisively this week amid various market reports, a strong bond auction, and further uncertainty around the Brexit deal, which all contributed to driving bond yields lower,” said Sam Khater, Freddie Mac’s chief economist. “At 4.31 percent, the average 30-year fixed mortgage rate is at its lowest since February of last year. While these low rates will certainly get the attention of prospective home buyers, the supply of homes for sale remains stubbornly low.”

In addition to dipping rates and improved buyer sentiment, more consumers are applying for mortgages to buy homes, Yun said.

“After weak conditions of late last year, mortgage applications have picked up notably in 2019 with more consumers evidently searching for a home compared to one year ago,” Yun wrote in Forbes. “The slump is over. Better times are ahead for homebuyers.”

The slump’s end comes with good timing, as May is almost always the best time of year to list a home. Thanks to a recent study from Zillow, data indicate that not only do homes sell faster in May, but they on average sell for $1,600 more than the average listing throughout the year.

Across the United States, homes that are listed between May 1 and May 15 typically sold for about 0.7 percent more and six days faster than usual. While the precise time to list varies according to each market, the typical window sellers should aim for is in the middle of Spring, according to Zillow.