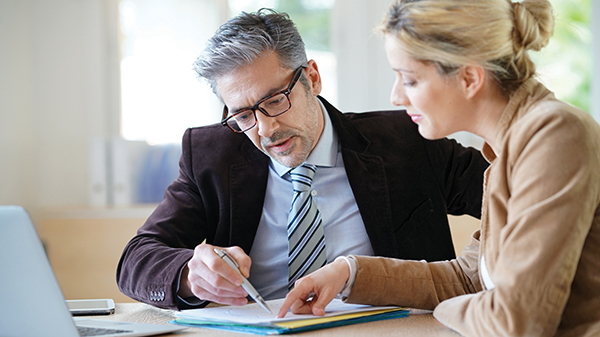 "The multi-generational impact such an account – even if the account starts out minimally funded – can have is exponentially more valuable than the small cost of creating the Roth IRA to begin with."

If you leave nothing else for your loved ones, be sure that they inherit a Roth IRA from you. Even if the account has a tiny balance, leaving behind a Roth IRA provides a legacy benefit of overwhelming value: a lifetime of tax-free investment profits.

In short, an inherited IRA is worth far more than its dollar value.

When Frank passed away a few years ago, he left behind a small Roth IRA which was inherited by his son Sam. It was a small account holding only a couple thousand dollars, so while Sam appreciated it, it wasn’t going to be life-changing.

But after a bit of research, Sam realized something: He now had a way to invest in practically anything he wanted – real estate, stocks, precious metals, cryptocurrencies, or anything else – and he’d never have to pay taxes on the profits he made in that account.

What’s more, he wouldn’t have to wait until he was 59½ to begin withdrawing from that account, unlike if he were using an account that he had set up himself for his own use. Sam could begin taking withdrawals any time he wanted, and every single withdrawal would be 100 percent tax-free!

Frank had given Sam an inheritance of truly immeasurable value.

Breaking Down the Process

Estate planning, the process of making sure that your preferred beneficiaries receive your assets when you’re gone, is a complex and frequently expensive proposition. The inherited Roth IRA makes it far simpler and practically free of cost. When Frank originally established his IRA, he completed a document known as a “beneficiary designation.” With this document, Frank stipulated Sam as the recipient of the account in the event of Frank’s passing. Doing so ensured that Sam would be able to easily inherit the account rather than forcing it through the delay, expense and complication of probate.

Sam would now be able to use his freshly inherited IRA to invest any way he liked. But the other thing Sam received, and Sam was the right Sam inherited to withdraw those assets – totally tax free – at any time he wanted.

When an IRA is inherited, the beneficiary can (with very few exceptions) freely withdraw from that account at any time, even if that beneficiary isn’t yet 59½ (the age required to make withdrawals from non-inherited IRA’s). The withdrawals are subject to the same taxation rules that governed the original IRA, meaning that since Frank’s IRA was a Roth, Sam’s withdrawals would forever be totally tax-free.

But Sam didn’t immediately withdraw the money. He did something much, much smarter: He initiated some small but highly creative real estate investments.

Remember, Sam didn’t inherit a lot of money in the Roth IRA Frank left him. It only had a couple thousand dollars. However, the account itself was more than enough for Frank to establish a substantive legacy for his son because Sam had one big advantage: a strong knowledge of creative real estate investing.

Sam transferred his inherited Roth IRA to a self-directed IRA custodian, so he would have the freedom to invest his inheritance in any way he wanted. He then set out to find an investment compatible with his capital base.

What Sam found was an opportunity to place an option to purchase on a particular parcel of real estate. He used his IRA funds to purchase that option for his IRA, which gave his IRA the right to purchase that property at a set price at any time in the next two years.

But Sam didn’t choose this parcel blindly. With a combination of research into his local county’s economic development plans along with hobnobbing with local developers, he realized that a particular part of town that was currently under-developed would quite certainly become a hotbed of activity very soon.

That’s exactly what happened. A year after Sam’s IRA optioned that property, the local newspaper reported that several major retailers and businesses were eyeing the area for new locations. Sure enough, Sam received an offer to purchase his option on that property, and in the process made a cool profit of over $85,000 because of booming demand for real estate in the area.

A Lifetime of Tax-Free Investment Profits

Having built his inherited Roth IRA into a value of $85,000 from a far more modest starting point, Sam could now afford to begin more directly benefiting from the IRA left to him by his father Frank.

Sam – now 50 years old – was about to experience one of the bittersweet moments of life: the marriage of his oldest daughter. That wedding, even though relatively small, would cost Sam $25,000.

Sam was able to withdraw the $25,000 from his inherited Roth IRA and fund his daughter’s dream wedding. He also had the distinct pleasure of telling his daughter that the money came from money left behind by her grandfather, thereby making the day even more special to both Sam and his daughter.

Frank never knew when he formed that little Roth IRA all those years ago, that the profits from it would pay the bill for his granddaughter’s wedding long after he’d passed on. But the wonderful opportunity presented by the combination of self-directed inherited Roth IRA’s with some solid real estate investing expertise resulted in just such a beautiful legacy for Frank and for his daughter as well.

Be sure to give your loved ones the gift of leaving behind an inherited Roth IRA for them. The multi-generational impact such an account – even if the account starts out minimally funded – can have is exponentially more valuable than the small cost of creating the Roth IRA to begin with.

A tax-favored retirement account that accepts after-tax contributions and provides tax-free compounding of profits and tax-free withdrawals during retirement.

A tax-favored retirement account that provides a tax deduction for contributions and tax-free compounding of profits. Income taxes are due when withdrawals are made.

A legally binding agreement that allows a buyer the option to purchase something at a predetermined price on or before a predetermined time. These options have real value and may be bought and sold independently of the purchase item in most cases unless the option excludes this.