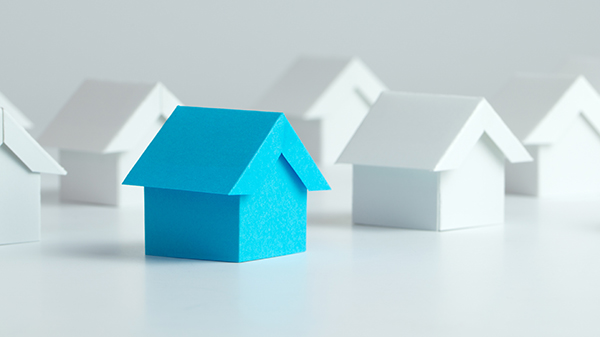 Back in April of this year, I saw a statistic I would have never believed possible. In Jackson County, Missouri where I live, the months of inventory on the market was a mere 0.6 months! This means for every 10 sales in April, only six properties remained on the market going into May.

A balanced market that favors neither the seller nor the buyer is six months.

While things have cooled off a little since then, the market is still red hot with rapidly increasing prices and very little inventory. As Fox Business reports,

“The median price for an existing home in the U.S. hit a new record high at $363,300 in June, up 23.4 percent from a year ago and breaking the previous record set the month prior, according to the latest data from the National Association of Realtors.”

That is something else to say the least!

While many believe the real estate market is on a precipice in the same way it was near the end of 2007, things appear different this time around (although that’s not because the economy is healthy). For one, the United States didn’t face a housing crisis back then. Now it does. As CNBC reports,

“Growth in housing inventory has slowed over the past decade in the aftermath of the 2008 housing crisis, creating an ‘underbuilding gap’ of 5.5 million to 6.8 million housing units across the country since 2001.”

In addition, inflation is beginning to pick up and is unlikely to be “transitory” as Federal Reserve chairman Jerome Powell optimistically spun it a few months back. The annual inflation rate is up to 5.4 percent, the highest it’s been in decades, and likely to go even higher.

What this means for real estate investors is that while the market is likely to cool simply because housing is becoming unaffordable, it’s unlikely it will crash anytime soon.

It also means that the popular BRRRR model of real estate investing (Buy, Rehab, Rent, Refinance, Repeat) that we have grown our business on is not a great strategy right now.

The BRRRR model requires getting deals at 75 percent of their market value so you can refinance out all of the money you put into them. But right now, there are so few deals around that finding such gems, while not impossible, is very difficult. Furthermore, if you are marketing for them, it requires ever more marketing dollars to find each good deal. When you allocate those marketing dollars to each BRRRR deal  you do get, the margins get thinner and thinner.

While I would never say to turn down a BRRRR deal if you find one (and we still do from time to time), the market has opened up a new opportunity and in my humble opinion, it’s time to switch strategies.

Right now, there is an arbitrage opportunity that doesn’t make any sense at all. Inflation is currently at 5.4 percent (at least) and increasing. Yet at the same time, interest rates are at all-time lows and the Fed has shown no interest in increasing them. This means 1) inflation is likely to continue and increase as raising interest rates is the most common way to slow down inflation and 2) you can literally make money simply by borrowing it, as stupid as that sounds.

I just got a personal home loan at 3.25 percent i.e., 2.15 percent less than inflation. Our business refinanced a portfolio of rental properties at 4.35 percent i.e., 1.05 percent less than inflation. While there is no way to know for certain that inflation will continue, there is every sign it will. And if it does, the payments on our loans remain fixed at a rate less than the rate at which the dollar’s value is depreciating. In other words, we make money by borrowing money.

The Federal Reserve’s discount rate (the rate it lends to other banks) stands at 0.25 percent and Nerd Wallet lists the average APR on a 30-year mortgage as of November 1st, 2021 at just 3.057 percent. How long this will last is impossible to tell, but it can’t last forever if the US government wants to avoid hyperinflation

Thus, it makes sense to buy now and get long term debt on cash flowing properties. The properties need to have positive cash flow as that will protect you in case of a downturn. And you need to get long term debt that is fixed for a substantial duration (preferably 10 years). You don’t want to get a two percent loan that adjusts to nine percent if the Fed decides to do what it did back in the early 80s.

But if you can find properties with positive cash flow and get long term debt on them, it’s time to buy even if you can’t get the property to “BRRRR out.” This might require partnerships, syndications or investing passively in other people’s deals. The details of your strategy are up to you.

What is clear right now, though, is that the dollar is losing value and it’s time to move beyond BRRRR.

Andrew Syrios has been investing in real estate for over a decade and is a partner with Stewardship Investments, LLC along with his brother Phillip and father Bill. Stewardship Investments focuses on buy and hold and particularly the BRRRR strategy—buying, rehabbing, and renting out houses and apartments throughout the Kansas City area. Today, Stewardship Investments has over 300 properties and 500 units. He writes for Think Realty, BiggerPockets and The Data Driven Investor. 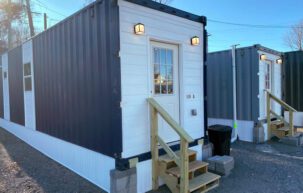