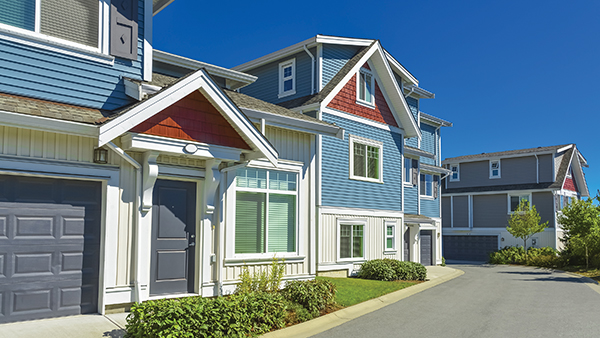 This year was pleasantly surprising for multifamily investors.

The multifamily sector started off the year with some pretty big issues to watch. We end the year, on the whole, pleasantly surprised by the way some of the trends in our industry have developed and wholly intrigued by the potential represented by 2019.

Entering 2018, most analysts and investors in this space had some basic things they were watching:

I had a few predictions of my own about this based on my experience as a former COO of an apartment REIT and the current vice president of Yardi®Matrix. They included:

What I did not necessarily predict, however, was that the inventory I mentioned a moment ago as peaking during 2018 would be absorbed so readily, so rapidly, and so well. I was pleasantly surprised to see over the past summer that absorption of new supply was far better than I anticipated, which had some positive and unforeseen results.

Of course, while stabilizing rents are good for landlords and other property owners, they are not necessarily good for individuals already worried about finding affordable housing. Stabilizing rents, rising interest rates, and a shortage of housing at lower price points have combined to produce a high volume of discussions about what to do about affordability.

The answer to the affordability issue is, however, mostly a local one. The problems associated with a housing unaffordability are local and, in nearly all cases, the solutions will be local as well. For example, in California, the shortage of affordable housing is largely due to local land use policies, local restrictions and regulations, local population density, and local zoning requirements. There is no magic stroke (no matter what rent-control advocates may tell you) to will the problem away. It is a natural phenomenon: Where we would like to have housing the most is where we are least likely to have a lot of it.

What did the affordability issue mean for markets this year and what will it likely mean into 2019?

When any inventory shortage hits a critical point, people begin fleeing high-cost locations. They do not necessarily go far, however. They will likely only go to the nearest lower-cost area that offers housing they can afford. The result, when this happens across the country in the international gateway cities (I include Miami in that category for the purposes of this discussion), is that those primary markets end up “bleeding out” mid-level knowledge workers. They are skilled, but they are not necessarily wealthy. They have a family and responsibilities. They are looking for a good place to live (and they can afford it), but it is probably going to be a secondary city. For example, if one of these households is leaving New York City, they are probably heading for Raleigh, Charlotte, or Atlanta. If they live in Southern California, they are probably thinking of moving to Boise, Salt Lake, or even Denver.

When the workers start to bleed outward from a gateway city, the corporations begin to take notice. Companies have to make decisions about where they want to locate future sites and also plant their headquarters. After consideration, they usually move elsewhere for expansion even if they do not uproot their original location.

As an example, take the company Salesforce.com. They are located in San Francisco, and they capped their employment there at 10,000. Then, the rest of their employee population was hired and based in a much lower-cost city, Indianapolis. They took over a downtown tower there and are filling it up with great employees who are talented and willing to work for a reasonable cost because they live in a relatively affordable area of the country.

Where We Want to Be

If I were a betting man, I would say place your bets on intellectual capital. Since I’m a real estate analyst, instead I will say this: When making real estate investments and evaluating markets, look for regions and even more localized sectors rife with innovation and change. These trends occur in concentrated pockets across different cities, and those locales are where people congregate to work, live, and play. Those areas are as powerful as any central business district downtown.

Don’t overlook emerging cities full of potential! Here are a few to consider when making your next investment:

Note: While these cities are not traditionally considered “tech hubs,” they are working hard to build that portion of their employee population. Tech experts are ideal citizens because they bring in steady income and tend to create real estate opportunities.