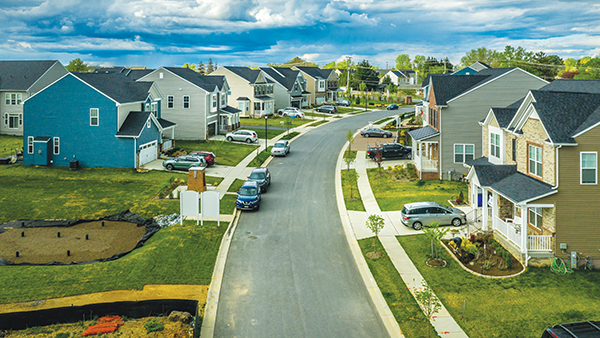 Gaps in the workplace have led to gaps in our neighborhoods.

A lot of small communities are expanding their job base, but what’s happening in these leading towns with between 50,000 and 75,000 people is not true everywhere.

We increasingly have a divided economy. At one end are world cities such as San Francisco, Los Angeles, and New York as well as some small-but-successful towns. At the same time, we also have thousands of census tracts that haven’t kept up: neighborhoods where jobs are leaving, tax collections are down, and people are moving away. It is in these areas where newly minted opportunity zones – also known as “O-zones” or “OZ”— can hopefully spark development, create jobs, and yield investor profits.

Across the country some 8,700 “O-zones” have been created — areas where need and tax breaks are bringing in billions in new investments. More remarkably, such sums have been raised even though opportunity zone regulations from the Treasury Department have not even been finalized.

Under tax reform, “a population census tract that is a low-income community” can be designated as a qualified OZ. In fact, as many as 25 percent of the census tracts in any state can be certified with this new and special status.

It may seem odd that so many census tracts are down-and-out given low unemployment and rising average incomes. But, for many workers in many areas, the economy has not delivered. Many workers have seen no real wage increases in decades.

“Despite some ups and downs over the past several decades,” says the Pew Research Center, “today’s real average wage (that is, the wage after accounting for inflation) has about the same purchasing power it did 40 years ago. And what wage gains there have been have mostly flowed to the highest-paid tier of workers.”

Gaps in the workplace have led to gaps in our neighborhoods.

“The uneven recovery is leaving too many communities behind,” reports the Economic Innovation Group. “50 million Americans live in economically distressed communities — places struggling to attract capital and sustain economic opportunity for their residents…”

The two-tier jobs market is reflected in how we value our homes.