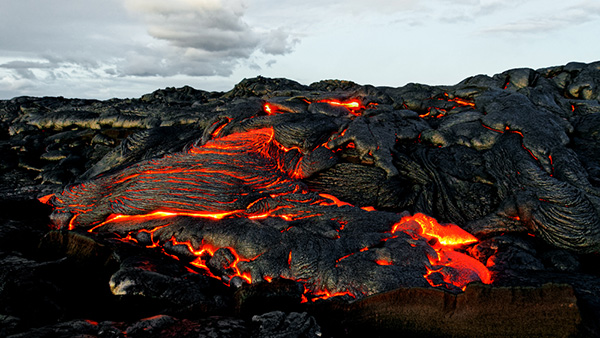 One of the most affordable places to live in Hawaii is no longer the bargain it has been for nearly 80 years. According to the Wall Street Journal, multiple subdivisions built in the Lower Puna area of the Big Island are now threatened by the Kilauea volcano’s ongoing eruption, which has already destroyed more than 80 houses in the area. Lower Puna’s home prices tend to run about half of the median home price on Big Island because of the danger.

Although the subdivisions were built in the 1960s and detailed lava-flow maps came out about a decade later, federal officials say the hazard maps have been available for the area since the 1940s. In many cases, homeowners opted to take the risk, assuming they would beat the odds and the lava would stay away. Some even say they believed their homeowners’ insurance would cover any damage. In most cases, it will not.

Jerry Bump, chief deputy insurance commissioner for the area, said a state of emergency may offer the best chance of financial assistance for families who have lost their homes to the lava flow. “If [the federal government] declares an emergency and there are emergency funds available…individuals [could] receive low-interest loans from FEMA,” he said. Local insurance agents are also recommending homeowners not yet affected by the lava but in the hazard zone take an inventory of personal belongings and make sure their evacuation kit includes a copy of their insurance policy.

Kilauea experienced a long lull around the time that many subdivisions in the area were being built. In 1983, it returned to life and has been in a state of “continuous eruption” since. This means lava has been coming out of the volcano for about 35 years, although much of the time the eruptions are “gentle” eruptions and lava flows are sluggish. Over the years, however, hundreds of homes have been buried under the lava. Some developers say that the initial developments should not have been built and they targeted out-of-state buyers who might not realize the danger in living in a lava-hazard zone.