How to Identify the Best Secondary Markets for Investment | Think Realty

How to Identify the Best Secondary Markets for Investment

How to Identify the Best Secondary Markets for Investment 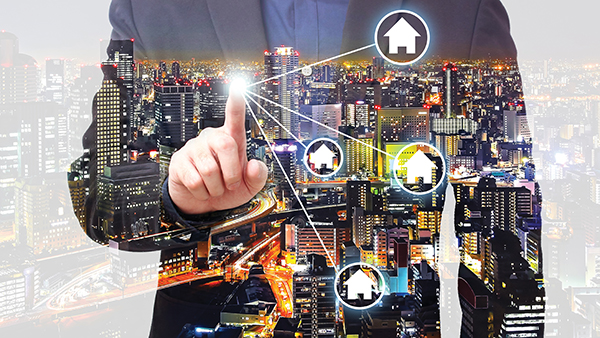 For Reasonable Returns on Risk, Secondary Markets Are the Answer.

Eight years into a recovery that has seen property values soar to all-time highs, the real estate market is growing nervous about how long the good times can last. The economy is fast approaching its post-World War II record of 120 months without a recession and acquisition yields are at all-time lows.

Investors are responding in two ways:

On average, commercial properties are up 32 percent over the last 10 years, per the RCA Commercial Property Price Index (CPPI). During that time, prices for properties in six core markets (New York, Washington D.C., Boston, Chicago, San Francisco and Los Angeles) increased by 46 percent while properties in all other markets rose 25 percent. Over the last three years, however, the tide has turned, and non-core markets rose 27 percent to 25 percent for core markets, reflecting the move to secondary metros.

How do investors identify the best secondary markets? Smart investors want to be able to choose between markets that are temporarily being lifted by the influx of capital and general nationwide recovery and those that will outperform over the long haul. Yardi Matrix has identified three conditions that are necessary to attract and maintain economic growth:

One important factor in producing economic growth is the business climate. By this we mean markets that have effective government support for business and key intellectual nodes that underpin job growth. Examples of this include:

Public-private partnerships often intersect with a market’s intellectual nodes, which are key industries that use intellectual capital to attract jobs and investment capital. Examples of this would include:

The important point is that the impact of these intellectual nodes is not limited to one industry – a surfeit of highly educated and skilled employees creates a positive climate that helps attract a wide range of businesses.

A Place to Live, Work, Play

The phrase “24-hour cities” refers to primary markets that have amenities such as restaurants, theaters, shopping, groceries, schools, libraries, transportation and parks. These cities not only feature a wealth of employment opportunities but have the elements necessary to be an enjoyable place to live.

Secondary markets are not as large and don’t have the same level of amenities as the top markets, but many are considered “18-hour cities.” Metros such as Denver, Seattle, Atlanta, Dallas, Austin, and others have made huge strides toward becoming more livable – and thus more attractive for professionals and high-income families, and in turn businesses.

Strong secondary markets take a holistic view of economic development, recognizing that growth involves developing communities where people want to live and not just work. Studies show that assets in metros that are “walkable” – that have a wide range of amenities within walking distances of offices and living areas – have more rapid price appreciation.

Another important factor to identify strong secondary markets is those with a strong educational foundation. University systems that feed highly educated graduates into business has been a key in many markets for many years. Boston, for example, is greatly aided by its affiliations with Harvard and MIT. New York’s universities – including but not limited to NYU and Cornell –feed the financial services industry; and California universities such as Stanford and Berkeley help produce the intellectual capital for Silicon Valley.

Major metros tend to attract highly educated workers, which serve to increase the overall intellectual capital of the market and help produce economic growth. There is no surprise that the top is dominated by primary markets (Washington DC, San Francisco and Boston) and/or have dynamic growth (NC Triangle, Austin and Denver).

In order to get a reasonable return for the level of risk, investors simply must branch into secondary markets. As such, deciding which offer the best long-term prospects is critical to investment performance. Our method of deciding involves three prongs: