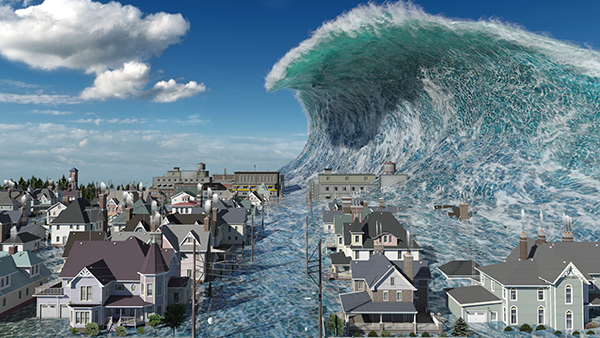 An end to the scare stories

As the federal eviction moratorium continued to linger, headline after headline screamed hysteria such as the following:

“According to one study, as many as 40 million people in 17 million households risk eviction by the end of the year.” – The New York Times

“As many as 6.7 million rent-burdened households could face eviction once enhanced federal unemployment insurance expires at the end of July.” – CNBC

It would seem we are on the cusp of what The Las Vegas Review-Journal calls a “tsunami of evictions.”

However, those three article titles I cited above are from July 1 to August 21 of 2020. In other words, they were before the federal moratorium was in place. All these scare stories have been coming out for well over a year.

“The Potential of Being at Risk of Facing an eviction”

The problems with these scare stories are many but they boil down to two main issues.

The first is that there is no baseline. If 40 million people are “facing eviction” now, how many were facing eviction in, say, August of 2018? Is 40 million a lot? It sounds like a lot but just because the number sounds high, that doesn’t make it abnormal.

The reason it’s not necessarily abnormal is because of the second issue. The words they use are always slippery, i.e., “facing,” “at risk of,” “could potentially,” etc.

What exactly does it even mean to “be at risk of” eviction? Unfortunately, many Americans live paycheck to paycheck and under such circumstances they will always “be at risk of” eviction to some degree or another. Indeed, learning to defer gratification and live below your expenses is, in my judgement, the most important thing someone can do to become financially independent.

COVID, the lockdowns and subsequent economic recession certainly made things worse. But that doesn’t mean a catastrophe is imminent.

Eviction Filings Are Not Up

The Eviction Lab at Princeton University is probably the best source of data for eviction filings nationwide. It is also extremely pro-tenant so they are not going to be biased in such a way that would help my argument.

While they have a detailed study up to 2016, they don’t have more recent national data. (Although they do note that there are 3.7 million eviction filings in a typical year, so that should be the baseline those scare articles cited above should have used.) The Eviction Labs have followed five states closely though: Minnesota, Connecticut, Missouri, Indiana, and Delaware.

And those states do not show a major uptick in filings. Remember, landlords can still file for eviction despite the moratorium. And since the first evictions filed will be the first processed when the moratorium is lifted, there’s no reason landlords have to delay.

Both Minnesota and Connecticut continue to have statewide eviction moratoriums in place simultaneously with the federal ban. When the statewide moratoriums went into effect, the number of eviction filings plummeted. In both states they have risen a bit before leveling off, but are still below what they were in March of 2020.

Missouri never had a state moratorium and saw rising filings before they leveled off when the federal moratorium was put in place.

There is just no evidence of a large increase in eviction filings.

Most Tenants Are Paying

The main reason there is not a big uptick in eviction filings is that most tenants are paying their rent. The National Multifamily Housing Council conducts a monthly survey of apartment owners with over 11 million units. It found that 94.6 percent of tenants paid their rent in May 2021. This is down just ever so slightly from 95.1 percent in May of 2020.

The anecdotal evidence is also quite overwhelming. Our collections have barely dipped since the beginning of the pandemic as has been the same with every other investor and landlord we know. The vibe in various real estate forums and Facebook groups is the same.

Remember, the unemployment rate is back below six percent and the federal government has passed two trillion dollar plus stimulus packages (the CARES and HEROES acts) which have offered support. And many of these programs are still in effect. (Now this has caused inflation and will likely lead to stagflation, but that’s the topic of another article.)

Evictions Are Often Not Necessary

It should be noted that the eviction moratorium was not a complete moratorium. It only covered people who made less than $99,000/year ($198,000 jointly) and met other requirements such as “Have used their best efforts to obtain government assistance for housing.” So there have still been some evictions during the federal moratorium.

In addition, many renters who can’t afford their rent will make “cash for keys” deals with their landlords where the landlord pays them a few hundred dollars to leave quickly. We had a handful of people who weren’t paying during the moratorium and all but one left with such an arrangement.

Others fell behind and couldn’t catch up on their delinquent rent, but they eventually got a new job and can now afford to start renting a new place. Many landlords will let them leave instead of waiting (and paying) for them to be evicted.

After all, there is going to be a backlog in the courts so it will take a while to work through the old filings. In other words, there won’t be a spike or “tsunami” just a modest increase from what it was before the moratorium was put in place.

And if somehow I’m wrong, well, the federal government has shown no hesitancy in spending lots of money of late. They would almost assuredly step in to offer support in order to avoid further political instability.

Evictions are ugly and not something that anyone wants even though they are necessary sometimes. And there will be an uptick in evictions for a while. But the scare stories of massive evictions putting millions upon millions of families on the streets overnight are wildly overblown.

Thankfully, there will be no “eviction tsunami.”

Andrew Syrios has been investing in real estate for over a decade and is a partner with Stewardship Investments, LLC along with his brother Phillip and father Bill. Stewardship Investments focuses on buy and hold and particularly the BRRRR strategy—buying, rehabbing, and renting out houses and apartments throughout the Kansas City area. Today, Stewardship Investments has over 300 properties and 500 units. He writes for Think Realty, BiggerPockets and The Data Driven Investor.