From Serving America to Owning a Piece of It

From Serving America to Owning a Piece of It 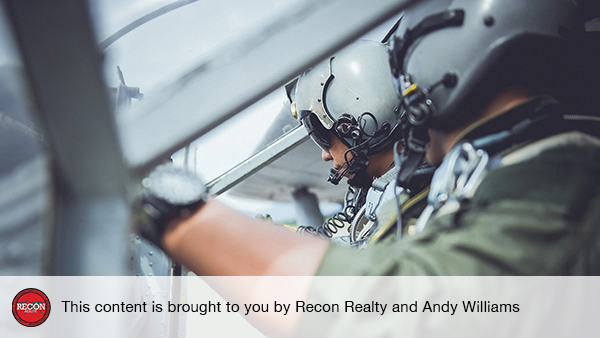 Veterans Buy America exists to serve as a rally point to fellow veterans seeking not only to serve their nation but own a little piece of it as well.

When real estate entrepreneur Andy Williams set out to pursue his vision to see veterans buy America, he knew he would need to connect with his fellow veterans to achieve it. Veterans Buy America is the brainchild of Marine veteran Andy Williams and with veterans like Steve LeBlanc joining him in the breach, they would blaze a path in real estate to guide veterans to rally up and follow behind them. Like many men and women who joined the military in the late 1990s and early 2000s, Steve LeBlanc couldn’t have anticipated what was to come. The devastating attacks on 9/11 forever changed what would have been a standard tour of military service into one of sacrifice and resilience in the face of a new enemy. However, for Steve, he equally couldn’t have anticipated that his enlistment in the Air Force would set him on a path to financial freedom. Specifically, Steve left Arizona for the Air Force with nothing but the shirt on his back to serve America in 1998. When he returned in 2019 some 21 years later, he found himself owning a piece of the land he served to protect. Steve not only served America, but he bought America. With a net worth in excess of $1.2 million as he heads to retirement, he is now the master and commander of his own destiny.

A Humble Family of Service

For Steve, service in the military and the United States Air Force was somewhat of a family affair. His father, uncle and cousins had travelled this path, so it was no great leap for Steve to do the same. However, he initially had another plan for himself. Accepted at the University of Arizona, Steve was set to take an academic path to financial freedom. His mother, beaming with pride, congratulated her son and then asked him this one powerful question, “how are you going to pay for college?”

Having seen the struggles and financial hardships his own family had faced, the notion of taking out a mountain of student loan debt didn’t seem too appealing. Already recognizing the benefits of financial freedom, Steve began investing in the stock market before he graduated high school. With his finances in mind, Steve opted to follow the family tradition and enlisted in the United States Air Force in 1998. Stepping into the world of aircraft maintenance, he took well to the Air Force and promotions followed him quickly.

At the urging and encouragement of his then wife, he then entered night school and began to pursue a commission. By 2002 he obtained his degree and was commissioned as an officer in 2003. In less than six years, Steve had gone from turning wrenches to being the Officer in Charge of an aircraft maintenance unit. Despite now earning an officer’s salary, Steve and his wife still experienced financial struggles as many military families do. They amicably dissolved their marriage some time later.  It was here in 2007 that Steve found himself single and burdened with debt at a crossroads between pursuing a life of paycheck-to- paycheck living while servicing debt or a path to financial independence. Remembering his upbringing, Steve chose the latter.

Discovering the Path to Real Estate

In the years after his divorce, Steve could only sum up his experiences as one of self discipline and a thirst for financial knowledge. Still investing heavily in the stock market when possible, Steve continued to forgo many of the modern luxuries he was slowly beginning to afford. For him, every dollar saved was a dollar ready to be invested. A deployment to the Middle East gave him the ability to invest more given the hazardous duty pay and tax advantages. Understanding that he still had much to learn, Steve recounted his financial affairs on an early retirement forum. Little did he know that this too would turn into a long-term investment. Learning what he could and experiencing the ups and downs of the stock market, Steve discovered the unprecedented opportunities of real estate.

In 2008, Steve bought his first house with no intention to ever live there. Instead, he rented it to his brother who would go on to live there for four years. Continuing his research, Steve found a mentor who walked him deeper into the waters of real estate. By 2011, he had closed on three more properties in Phoenix. All of his property purchases were made while he was overseas between a deployment to the Middle East and an assignment to Okinawa, Japan. Soon, Steve had $1,000 dollars of extra cash flow that quickly turned into thousands of dollars in cash flow each month. The kid who left Arizona in 1998 with nothing but the shirt on his back had a net worth of $560,000 by 2013 all through making the decision to buy America.

For reasons he can’t fully explain, Steve continued to document his journey on the early retirement forum almost as a way to leave a trail of breadcrumbs or a map for the next person to follow. He would reinforce to all who spoke with him that the only reason he had the capital to invest was due to his disciplined and modest lifestyle. Steve had zero investors and every dime he was able to raise was courtesy of his Air Force paycheck and Uncle Sam. Then, as his investment properties kept up the cash flow, he was on track to buy a new property every six-to-twelve months. As he sits just months from the retirement that many dread, Steve owns 16 rental doors, one primary residence and holds a net worth of more than $1.2 million.

Needless to say, Steve LeBlanc indeed found himself master and commander of his own destiny facing military transition. However, Steve’s real estate ventures are just getting ready to open up a new chapter thanks to an opportunity to rally up with his fellow veterans crushing it in the real estate market. In 2018, Steve reached out to real estate superstar and Marine veteran Andy Williams of Recon Realty. Andy bought his first property while in Baghdad and currently holds a multi-million-dollar real estate portfolio along with appearing on “HGTV’s Flip or Flop Fort Worth.”

Steve’s path to owning a piece of America was congruent with Andy’s call to action for veterans to buy America. Having breached his way into some of the wealthiest board rooms in America, Andy and Recon Realty have the opportunity to introduce Steve and veterans like him to billions of dollars of capital and influential relationships that can open the doors of America. Everyone’s path to financial freedom and real estate success is different and they reach their respective summits in different ways. Veterans Buy America exists to serve as a rally point to fellow veterans seeking not only to serve their nation but own a little piece of it as well. For those who, like Steve and Andy, seek to become master and commander of their own financial destiny, there is no better path than to rally up with the veterans who have gone before you. With discipline, resolve and a little guidance, you too can buy America and return home like Steve owning a piece of the nation you fought to protect. 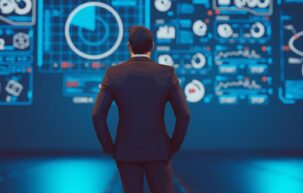 What the Heck Is Lead Generation, Anyway? 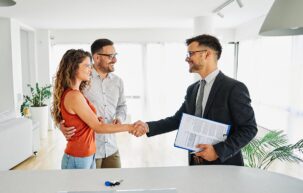 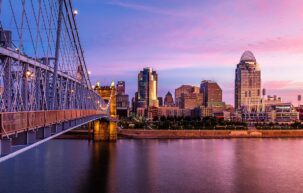 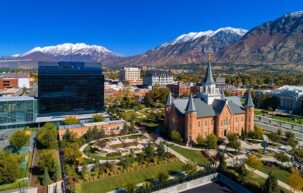