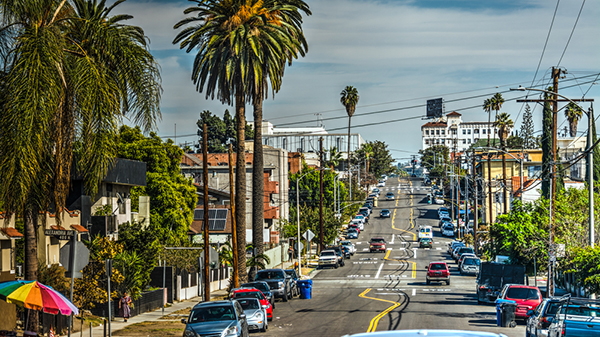 The two most popular neighborhoods in the country are located in Los Angeles, California, and Atlanta, Georgia.

Zillow recently announced its 20 “most popular neighborhoods” results, and Los Angeles, California, and Atlanta, Georgia, are home to the first- and second-place results. Presidio Heights, located in San Francisco, rounded out the top three. Zillow identified neighborhoods with the highest number of page views per listing during the first three months of 2018 in order to identify the relative popularity of various developments. “For the most part, these neighborhoods are among the toniest in some of the most expensive cities in the country,” Zillow analysts observed.

They added, “While this doesn’t show a likelihood that more people will be buying homes and moving in, it does show how many people wish they could or are curious about the neighborhood.”

Investor Insight: What makes these neighborhoods attractive may translate to your market as well.

The Oaks neighborhood listings received about 13,000 page views each over the course of the first quarter of the year, whereas a typical U.S. home received about 365 during that time period. Median list price in the neighborhood is $3.7 million, and the typical square footage for a home in The Oaks is 5,600 square feet. Tuxedo Park, in Atlanta, Georgia, boasts homes listed for about $1.9 million and with 5,476 square feet. Those homes typically receive more than 10,700 page views in a quarter. Median list price in Atlanta as a whole is $320,450.

Zillow analysts noticed a few other trends in the top 20, including:

Particularly in Atlanta, where the median home price is still relatively affordable compared to similar major metro areas, proximity to these desirable neighborhoods or similar offerings in a property to those amenities in the homes in these neighborhoods may help your property stand out or bring in a higher sales price. Interestingly, the three most desirable neighborhoods in Atlanta, Georgia, all had median list prices of more than $1 million despite the area’s relatively affordable median home price.