RealtyTrac’s latest report for 2013 shows flips were up, but as many serious investors know, still represented only 4.6 percent of all U.S. single-family sales during the year. 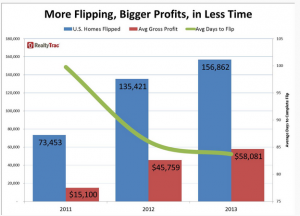 “Strong home price appreciation in many markets boosted profits for flippers in 2013 despite a shrinking inventory of lower-priced foreclosure homes to purchase,” Daren Blomquist, vice president of RealtyTrac, said in a release. “For the year 21 percent of all properties flipped were purchased out of foreclosure, but that is down from 27 percent in 2012 and 32 percent in 2011. Meanwhile flipped homes were still purchased at an average discount of 13 percent below market value in 2013, the same average discount as 2012, indicating that

investors are finding discounted buying opportunities outside of the public foreclosure process — particularly in those markets with the biggest increases in flipping for the year.” 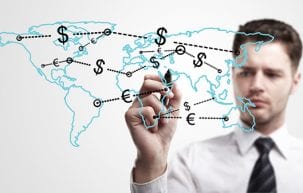 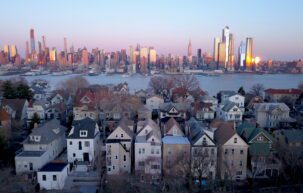 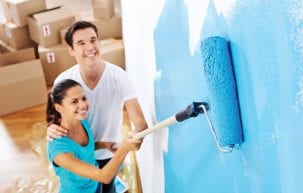 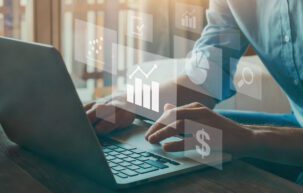