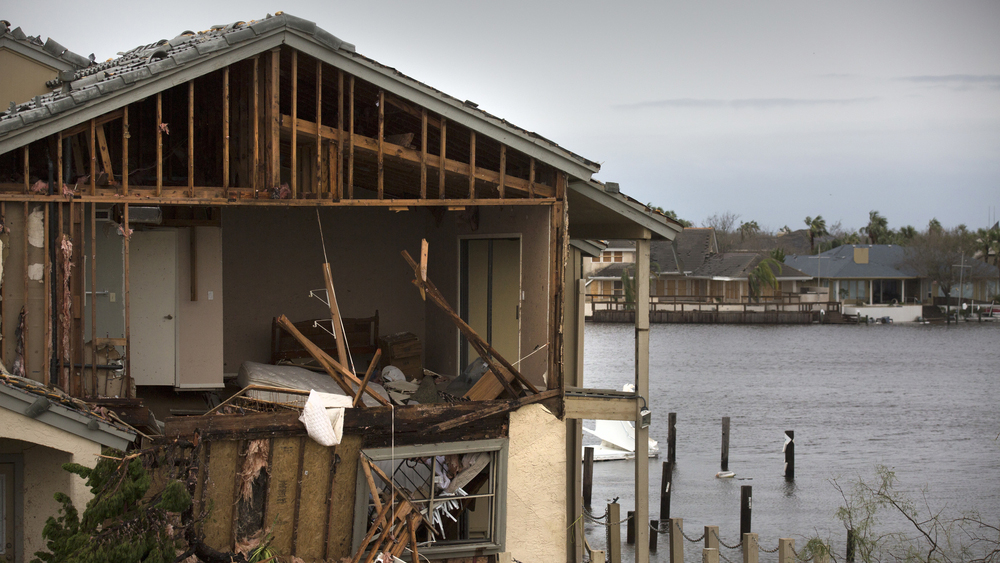 Damage caused by Hurricane Harvey is leaving homeowners and investors calculating their losses. But for some, there is a potential for gains. While flooded properties in Houston are likely to drop in value, real estate experts are predicting prices and rents will rise in areas that were not affected by the storm.

The experts are basing their estimates on past experience with Hurricane Katrina in August of 2005. A levee failed and the city flooded, leaving many areas under 10 feet of water. More than a million people were displaced immediately after the hurricane, but as many as 600,000 were still unable to return home a month later.

That increased the demand for available housing, and triggered an immediate increase in home prices and rents. Real estate data on New Orleans by Real Property Associates shows a substantial jump in home prices from an average of about $228,000 in 2005 to $339,000 in 2015. That’s a 48 percent increase.

Although the city lost about 250,000 residents who decided to move away, there was strong demand for housing from the remaining victims and people who came to help with the rebuilding effort. There’s now speculation on whether that same phenomenon will take place in Houston — which is about six times larger than New Orleans — or if Houston is better able to absorb a housing inventory loss of this proportion.

Where Does Houston Stand Right Now

Trulia data shows an estimated 242,000 homes in the Houston metro area that are either flooded or close to the flooded areas. As reported by Reuters, they are now worth a total of about $61 billion dollars. That’s based on pre-storm values.

Redfin figures show the median home price was $230,000 before the storm. That’s compared to the national sale price median of $293,000. Houston home values, for properties not listed for sale, were about $190,000.

Real estate experts say home values typically fall at least percent after a flood event, but they also say that for homes outside the flood zone, values will typically go higher. Just a few days after Harvey hit, one local real estate agent told Reuters, that she saw the price for a listed home increase by more than $80,000. That’s about a 20 percent increase, born out of a desperate housing situation.

As the nation pulls together to help the victims, it may not be the appropriate time to raise rents or home prices to exorbitant levels, but for long-term investors worried about whether they too are victims, this kind of data could be reassuring if you have property that was not flooded. Over time, homes that were not near the eye of the storm may perform even better than investors originally anticipated.

At the other end of the spectrum, thousands of homeowners and property owners are worried about losing value. People who are now clearing homes of soaked furniture and wallboard are wondering if it’s possible to sell their damaged homes, while investors are seeing opportunities.

Redfin’s chief economist, Nela Richardson, says Houston agents have been getting calls from investors who want to buy flooded homes. She says they believe Houston will bounce back, and damaged homes may be a good buy. And, it appears those properties may end up on the market.

By some accounts, 80 percent of Houston-area homeowners don’t have flood insurance, with the kind of damage that victims are dealing with, they may have no other option, but to sell at a major loss.

Sadly, they may also face foreclosure if they can’t pay their mortgage, especially if they are suddenly paying rent on another place. That’s not a good situation for victims, but investors often provide a love-hate solution to problems like these.

Apartment losses are also expected to squeeze the Houston housing markets, and push rents higher. Occupancy rates were high prior to the storm, and displaced workers will need homes. Bill Gilmer of the Institute for Regional Forecasting at Houston’s Bauer College of Business says the biggest problem facing Houston is, “how to house these workers who are displaced.”

Past weather events in Houston have resulted in higher rents. ApartmentData.com shows they rose about 6 percent after Tropical Storm Allison in 2001 and Hurricane Ike in 2008. ApartmentData’s president Bruce McClenny said he spoke with a few landlords who said empty apartments were snapped up immediately.

One of the key issues going forward for Houston is how the flood maps will be redrawn. The reason so many people didn’t have flood insurance is because they were not previously in a flood zone. Now, property owners may find they’ve gone from a 500-year flood risk to a 100-year flood risk, and mandatory insurance, which is expensive.

City planners will also face the need to improve their flood control systems, but that also means higher taxes to pay for the improvements. The take-away here is that Houston has been a hot market this year and while much of Houston has been damaged, there are areas that escaped the storm.

Texas has also been leading the nation for new housing construction so the building momentum is there. Recent reports show that Austin, Dallas, and Houston were on track to build almost 130,000 homes this year. Those plans may be blunted in Houston because of the storm, but there’s also a whole lot of support for the rebuilding process, and buying damaged properties for investment purposes could contribute in a positive way toward that process.

We reached out to Real Wealth Network’s preferred property manager in Houston today, and here’s what he said:

“For the most part, everything is back to normal. A lot of people were affected by the storm and a lot of homes were damaged but if you really put it into scale of the size of the city and surrounding areas it’s a smaller percentage.

“We are very selective on where we buy and have avoided the 100-year and 500-year flood plains for years for this reason.

“We have a lot of inventory of existing homes and new construction for sale. I think it’s a great time to buy because of the demand for rentals. This is normally a slow time for rentals but we are getting several applications a day, so our vacant homes are filling up quickly.

“Our economy was already doing well, construction will boom, vacancies will fill quickly, our oversupply of apartments was bailed out by the storm, and in a year from now we will be back at full steam again as a city.”

This podcast was originally published on September 7th, 2017. To read the transcript or listen to the podcast click here.

Enjoyed this article? Here are a few others you may enjoy as well. Sign up for a free Think Realty membership to stay up to date with everything an investor needs to know and more!

Reduce Your Risk of Mold After a Flood

Hurricanes: How to Weather the Storm